According to a UBS survey of 3,000 respondents in May, 33% of the market said they were spending more money on consumer goods and services, Moreover about 20% said they would increase spending over the next 12 months.

Christine Peng, the UBS analyst tracking the survey stated further that consumers have increased inclination to spend more to improve their family members’ life and enhance health care with or without trade war. In particular, Chinese consumers spent more on premium food and drinks, sportswear and health care products, education and leisure travels.

However, large consumer items such as cars were declining and show no sign of easing up. China Association of Automobile Manufacturers revealed that car sales fell almost 4% year on year in July for the 13th month in a row.

The survey’s findings emphasizes the economic foundation that reinforces China’s economy. Moreover, the findings show how Chinese President Xi Jinping is somewhat preparing the country to brace for what he called the new Long March, in the trade war with the United States.

Earlier this May, just when US President Donald Trump impose tariff on US$200 billion of Chinese products to 25%, China’s retail sales rose close to 9% when UBS conducted its survey.

Furthermore, spending on luxury goods in mainland China was expected to increase by 10% in 2019 driven by increasing purchases by millennials as revealed by global consultancy Bain & Company.

China’s monthly retail sales increased year-on-year for more than a decade. However, it was in June 2003, when the SARS outbreak kept people away from public places is the last time retail sales grew by a single percentage.

UBS is expecting that the additional tariffs will reduce China’s gross domestic product growth by at least 30 basis points over the next 12 months. Meanwhile, the Swiss investment bank sets its 2019 GDP forecast to 6.1% and its 2020 growth forecast to 5.8%. 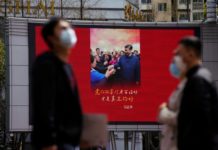 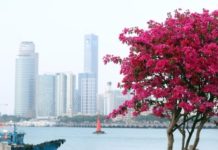